CRUDE OIL WTI TREND AND ANALYSIS:>Bullish Scenario
A sustained move over $56.81 will signal the presence of buyers. If this move can generate enough upside momentum then look for the rally to possibly extend into the minor top at $57.88, followed closely by the main Fibonacci level at $58.21.


Taking out $58.21 could trigger a breakout into the September 23 main top at $59.11.
Bearish Scenario
A sustained move under $56.81 will indicate the presence of sellers. The first two downside targets are the intermediate Fibonacci level at $55.97, followed by a low at $55.76. 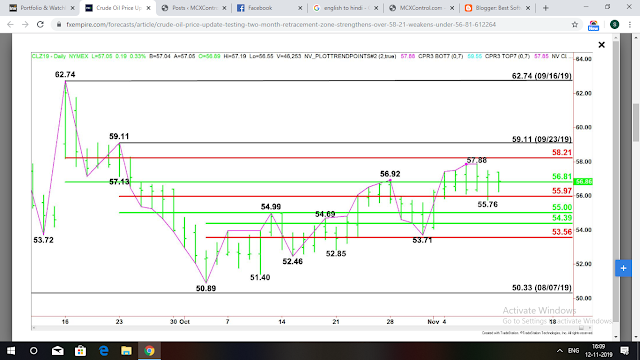